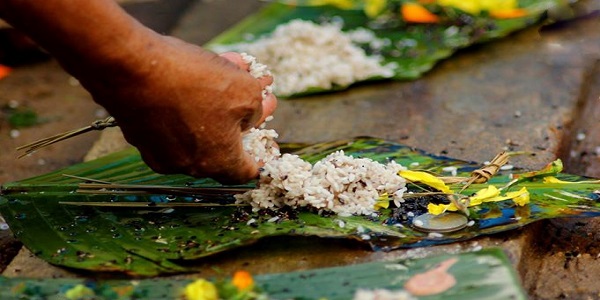 As per astrology, If Moon, Sun or Jupiter comes under their influence of rahu or ketu, Pitru Dosha is formed. If Pitru Dosha is formed because of the Moon’s effect, it means it comes from maternal side. If it forms because of Sun effect, it means it comes from the paternal side. If Pitru Dosha is formed because of an affected Jupiter; it occurs because of the curse of teachers or saints. If you are surrounded by crime or negative deeds, Pitru Dosha comes to act in your succeeding generation. If you have tortured either a man or woman to such an extent that he/she was forced to commit suicide, then your future generation will face serious Pitru Dosha or Pret Badha. Crimes such as rape, foetus death, possessing someone’s wealth or killing someone by cheating come under the category of heinous crimes; either you, or your next generation have to pay for these crimes by becoming a victim of any accident. These accidents are very heart tearing such as falling of whole family in trench or water and dying, becoming victim of fire at home or dying in chaos. Therefore, if you have committed any heinous offence, whether or not you get punished by law, time always watches your actions; you and your future generation have to pay for such monstrous crimes.
No matter how many auspicious Yogas are there in your Kundali, if it is affected by Pitru Dosha, one will have an extremely tedious life. Due to Pitra Dosha, problems such as financial loss, useless conflicts, disputes in family, delay in auspicious activities, childlessness, possibility of unexpected accident, failure in job or business or you can say problems may occur in almost every aspect of life. Gradually, the effects of Pitru Paksha tend to destroy the family just like termites.
If before the birth of a native, funeral ceremony of a departed person who has committed the sin had not been carried out according to the rituals of Hindu tradition or none of the rituals are performed in his/her family for the ancestors, Pitru Dosha is found in his/her Kundali (birth-chart). Pitru Dosha also spreads its roots in the future generations just like a hereditary disease. Pitra Paksha may result due to one’s own family i.e. either because of paternal side or from maternal side.
Shradh for this year are beginning today i.e. September 8, 2014. This is the time to show respect and devotion you have for your ancestors. This is the time to make your future generation debt free from the misdeeds done by your forefathers. It’s considered that Shradh is the best time to pay homage to our ancestors and provide salvation to their dead soul. Ritual or deed performed respectfully for the ancestors is termed as ‘Shradh’. We are born due to presence of our parents and likewise, they are born because of their parents. Our religious Gurus have designated one whole month for these ancestors (Pitra) and this duration is known as Pitru Paksha. This is the right this time to get away from this dosha by means of meditation, Tarpan and make donations etc.